Pro-Built Has Long History of Building With Trex Products

TrexPro spotlights Pro-Build who has been building decks with Trex outdoor living products since 2002 and build about 70 Trex decks a year. Christina Speiden was speechless the first time she watched the new Trex commercial which features a deck built by her family’s construction company. “Tears, all around, all of us,” said the director of sales and marketing for ProBuilt Construction, a TrexPro contractor since 2002.

“It’s hard to explain the feeling of seeing all your hard work, the challenges, obstacles, and time it took to make that project come to life. To see it in a commercial in a way that is exactly how we envision and hope all our projects, just really hit home.”

ProBuilt Construction knows all about family. Ed Pacylowski founded the company in 1974, after leaving the Army two years before. He had a wife and three young children to support and plunged headlong into self-employment with his new construction company in Columbia, Md. Eventually his children and other family members joined the company and began building decks with Trex outdoor living products in 2002. They are one of Trex Company’s first top-tier TrexPro Platinum builders.

Pacylowski clearly remembers building the company’s first Trex deck in 2000 in Ellicott City, Md. “The first Trex deck we built was for a brand-new NV Homes 55+ community. I proposed to put Trex on the model home, but NV wanted to stick with wood. However, they were okay allowing us to offer the Trex as an upgrade to homeowners, which I did.”

The composite deck was built on a duplex next to the model home with its own wood deck. “While the model did not have a Trex deck, the adjoining neighbor did and every person who went to the model to buy an NV Home walked out onto the wood model deck, saw the neighbor’s brand new Trex deck and said, ‘What is that?! I want that,’” Pacylowski recounted.

As a result of the exposure, every deck in that community was eventually built with Trex decking.

The ProBuilt team builds about 70 Trex decks a year with an average project size of about 700-1,000 square feet. “During COVID, we found that outdoor spaces became offices, classrooms, retreats and staycation spaces,” Speiden said. These spaces “became more valuable than ever before with people stuck at home.” With much of today’s family life spent outside, ProBuilt understands the value of beautiful outdoor spaces, like the deck featured in the new Trex commercial, “Little Moments,” filmed over the course of five days at the Severna Park, Md., home.

“We feel very proud and honored to be part of such a meaningful commercial that truly captured the reason we design and build outdoor living spaces,” Speiden said. “My father says that while deck builders are not heart surgeons or doctors saving lives, our purpose and goal is to bring joy to homeowners and families with what we design and build – something those heart surgeons, doctors and everyone else can come home to and decompress and reconnect with family and nature.

“Maybe that doesn’t save lives, but we do feel that there is value in happiness, safety and security at home. These spaces open the doors to a lifetime of happy memories waiting to happen.” 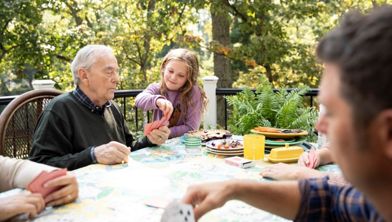 Style Inspiration
A Lifetime of Memories Waiting to be Made. At Trex, We See It Too. 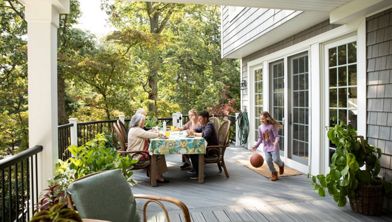 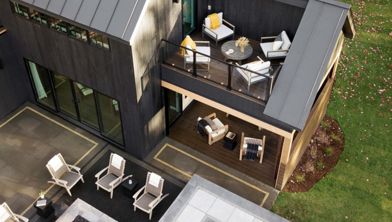 Style Inspiration
A Lifetime of Memories Waiting to be Made. At Trex, We See It Too.

(NOT ALL PRODUCTS ARE AVAILABLE IN EVERY COUNTRY.)

By choosing your country, you acknowledge that you have read Trex's Privacy's Policy